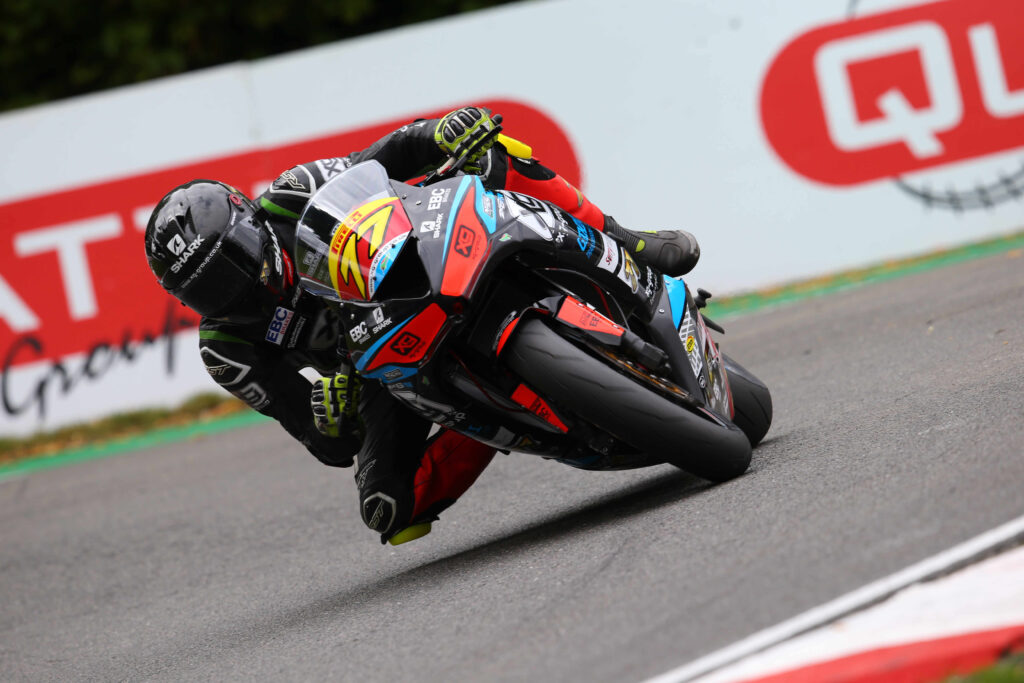 KADE Verwey made more strong progress as he battled through a mechanical issue to score another top 10 finish at Cadwell Park.

As the Pirelli National Junior Superstock Championship headed to the iconic Lincolnshire circuit, the Team XG Racing Kawasaki rider was quickly on the pace during free practice.

And despite being hit with a mechanical problem towards the end of Sunday’s 12-lap race, the 21-year-old powered on to cross the line 10th.

Following a wet start to Sunday morning, the weather was clearing up as the riders lined up on the grid for the race, with Verwey opting to run full wets.

Starting from seventh, he got a flying start and was quickly up to fifth, moving into fourth as he overtook another rider at the start of lap two.

Another move followed moments later and he was up to third, holding the spot for a few laps until he began to develop a slight technical issue which caused him to drop back. Determined to battle on, he kept pushing to eventually finish the race 10th.

Kade Verwey:
“It may not have been the result I wanted but it was quite a good weekend all in all,” he said. “We showed great pace in practice and throughout the weekend. In qualifying I crossed the line fourth on the last lap but was then bumped down to seventh – it wasn’t too big a problem but it would’ve been nice to start on the front two rows.

“I went into the race with my head properly screwed on and I think I did a pretty good job. I chose full wets and I think I was one of the only riders who chose that combination and I think it was the right way to go.

“Unfortunately, during the race I had gear selection issues and as a result I ran on at the bottom of the mountain which dropped me back to 10th. But I’m still happy with mine and the bike’s performance in general. I made a good start and I was feeling very confident that I could stay up there before we had the problem.

“Now I’m looking forward to the next round at Snetterton in a couple of weeks. I’m feeling fit and getting back to my old ways in terms of training and fitness, I’m feeling good on the bike and so I’m confident we can have a good weekend.” 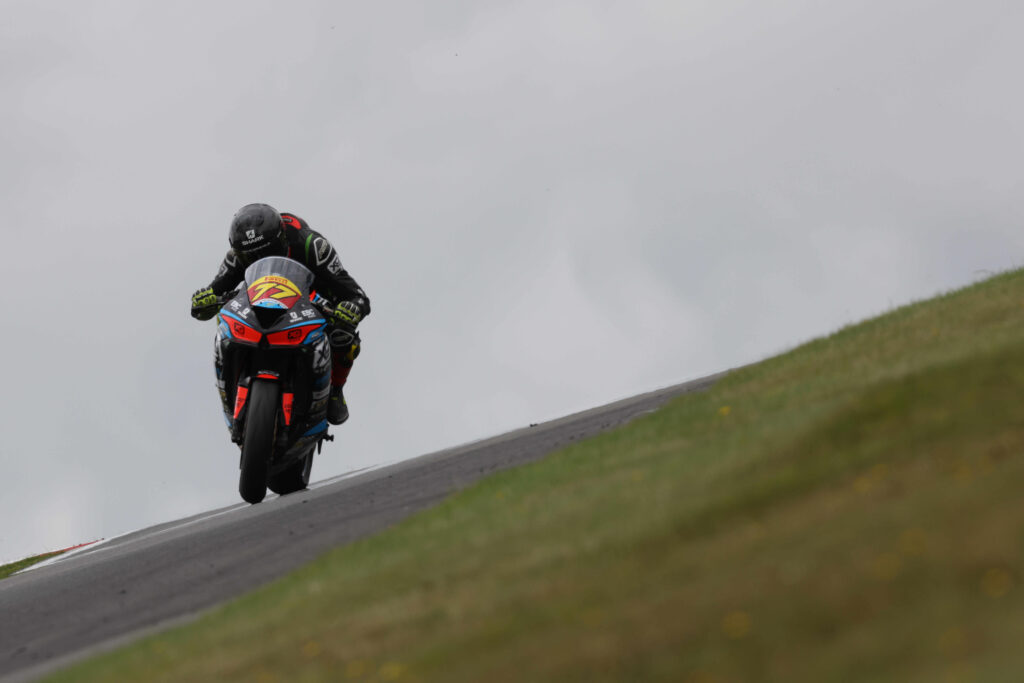