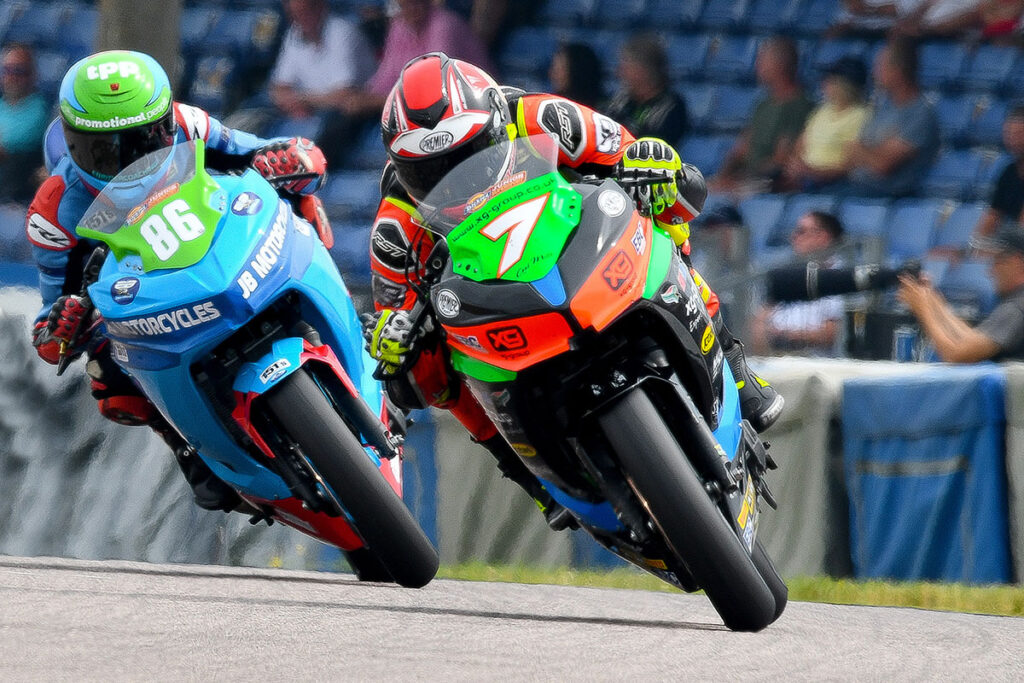 Kade Verwey bagged a second-place finish at the ultra-fast Thruxton Circuit in Hampshire this weekend to extend his British Junior Supersport Championship lead.

The XG Racing rider ran strongly in Free Practice before a second-row qualifying position put him in contention from lights out in the opening ten lap encounter. A strong start saw him hit the front where he remained in the podium fight throughout.

Losing touch with the eventual race winner, Kade used his head to ensure a second-place finish and another twenty points. Importantly his nearest title challenger finished behind him.

Today’s second race was cancelled after a lengthy delay in the British Superbike Championship.

Kade Verwey:
“I’m really happy with the result in Race 1. It was a tough battle with a lot of contact which unfortunately let Pinson escape at the front. Coming second was exactly what I needed when it was clear that I could no longer fight for the win. I just got the second place on the run to the line. We were three abreast going into the final chicane. I was able to square it off and get the better run to the line. Hopefully we can continue to fight at the front for the rest of the season. It was a shame that Sunday’s race got cancelled but it was something out of our control. I’ve extended the Championship lead which is important. Massive thanks to all my sponsors, my supporters and my family. See you at the next one!”