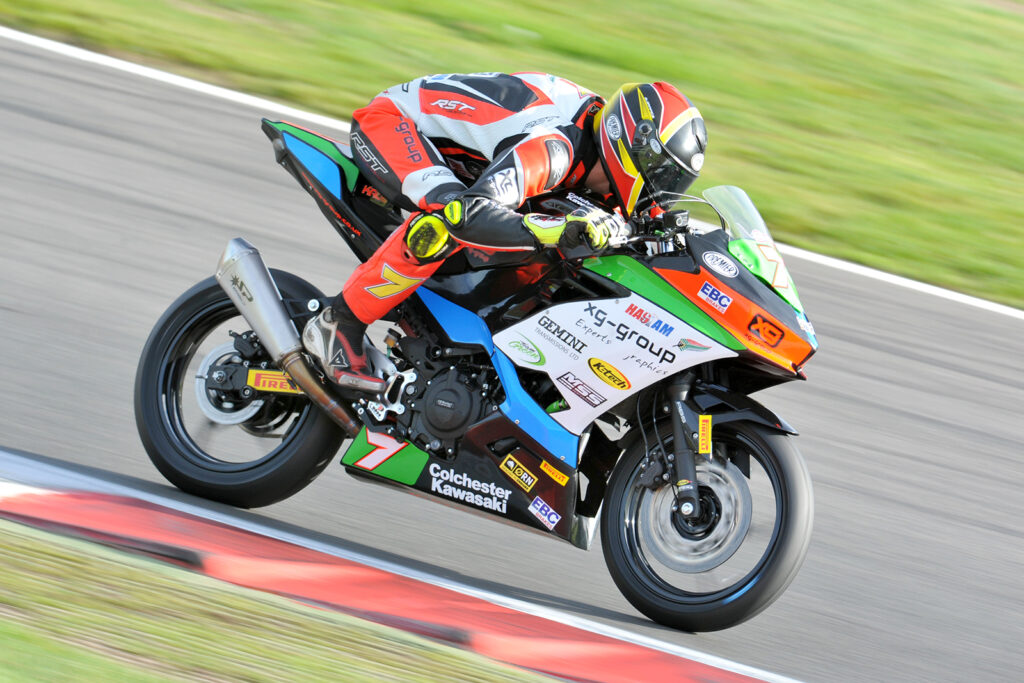 Kade Verwey rounded out a strong debut season in the Dickies British Junior Cup with fifth and tenth place finishes in the two final rounds of the season at Brands Hatch last Sunday.

Kade who took two wins and nine podium finishes during his 2018 campaign once again showed front running pace in the opening eight lap encounter, riding sensibly in the second, in wet conditions to consolidate fourth overall in the final standings.

The experience and knowledge gained from this year will stand Kade in good stead for 2019, when he will return to a yet to be decided grid, with his eyes set firmly on a title!

Kade Verwey:
“I qualified fourth after chipping away at my lap times and was looking forward to a good opening race. I couldn’t stay with the front bunch but managed to keep in the group fighting for third. I made a mistake on the last lap which cost me the podium. Race two was wet. I knew after the opening race that I would be fourth in the championship whatever happened so I just used my head as I didn’t want to throw it away. I am really proud to have finished every race, I won a couple and made nine podiums so I have to take the positives. I don’t know what championship I will be in next year, but I will be ready to give my all whatever we decide to do. Thank you to everyone that has made it possible for me to race this year, and congratulations to Leon for becoming British Superbike champ!”