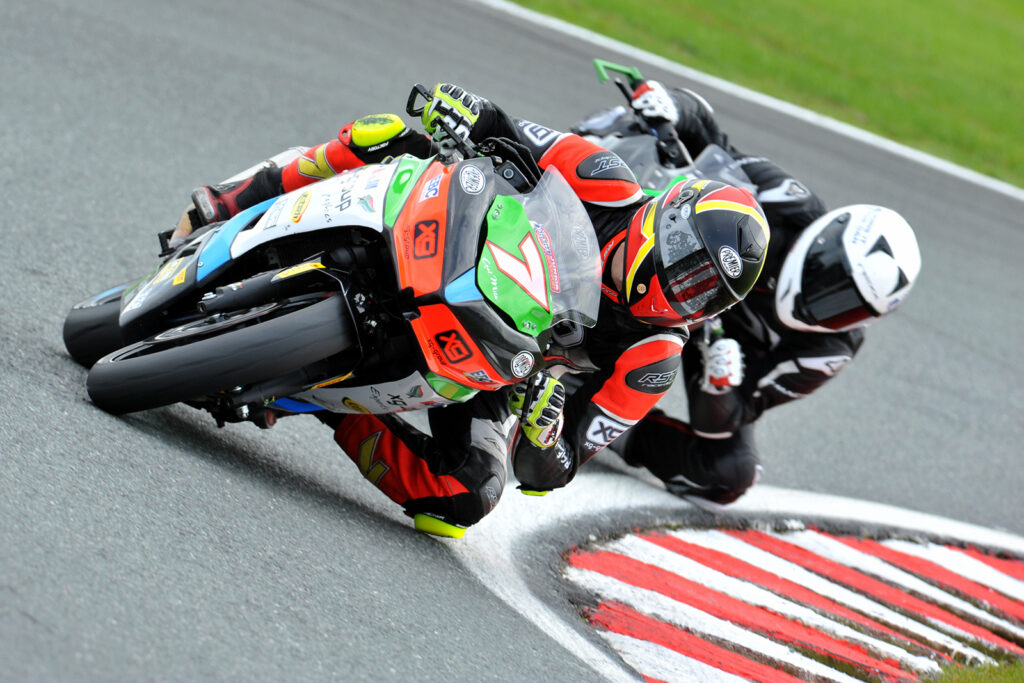 Pole Position and a podium in the opening race of the #OultonBSB weekend keeps Kade Verwey in the running for the runner up spot in the 2018 Dickies British Junior Supersport Championship with just two races remaining.

A margin of 1.4 seconds, was more than enough for the XG Racing Kawasaki rider to notch the top spot in qualifying, held in tricky conditions.

When the lights went out Kade was unable to keep with the leading two riders, but did enough and used his head to bring it home for another podium finish, his ninth of the season.

An equally lonely race two saw the #7 come home fourth, enough to keep him within ten points of the runner up spot in the overall standings with two races and fifty points to go at Brands Hatch in October.

Kade Verwey:
“I started race one on Pole and held second for the opening lap. I had a good tussle with the top four before one broke away leaving three of us to fight for the podium. In the end I was able to take the podium and another valuable sixteen points. There was a lot of rain before race two, and so we had a bit of a wait for the race on Sunday. In the end it was dry and there was even a dry line in some places. I started fourth and although I got held up at the beginning I wasn’t initially able to run their pace. It was a lonely race, I think I was thirty seconds ahead of the guys behind so I just used my head and took the points.”

photo thanks to Ian Ward / Bikesportpics