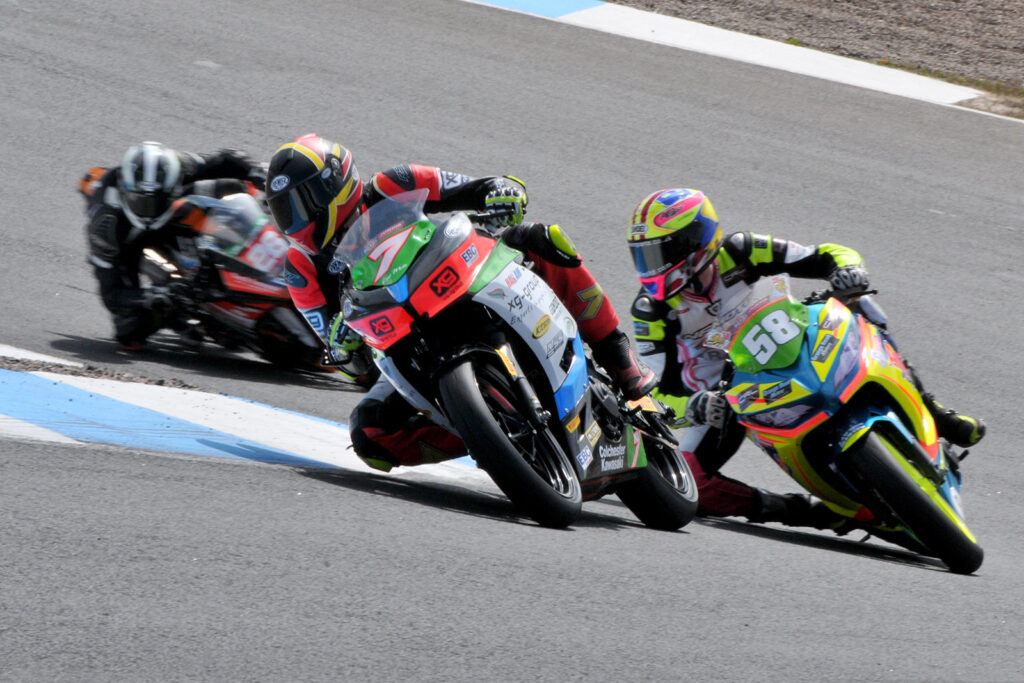 Kade, who has been a front runner all season scorched to third in the opening 15 lap encounter at the Knockhill circuit in Scotland before adding two fourth places, in races two and three, and a second podium finish (3rd) in today’s final race.

The 58 points amassed north of the border elevate the XG Racing Kawasaki rider to the top of the championship standings, the cherry on top of the birthday cake that the team presented him with on Saturday evening!

Kade Verwey:
“The pace in race one was pretty fast from the get go. I got hit at turn one which was a little disappointing but the first corners are always a bit hectic in this class. I finished third after holding off the pack behind which was good. I got a much better start in race two and was able to fight throughout. I’d say it was the best race of the year, we were swapping places all the way, great fun. I went wide on the last corner so ended fourth but showed a much quicker pace than in the earlier race. Race three I made a brilliant start but I did a big wheelie so couldn’t change gear but was able to hang on to fourth. The guys around me had found a couple of tenths so the focus was on the final race. Race four was another good battle, I am really starting to find my confidence now and was able to take another podium in third which means I head home one year older but in the lead of the championship which is just awesome. Massive thanks to everyone who is supporting me. Can’t wait for the next round.” 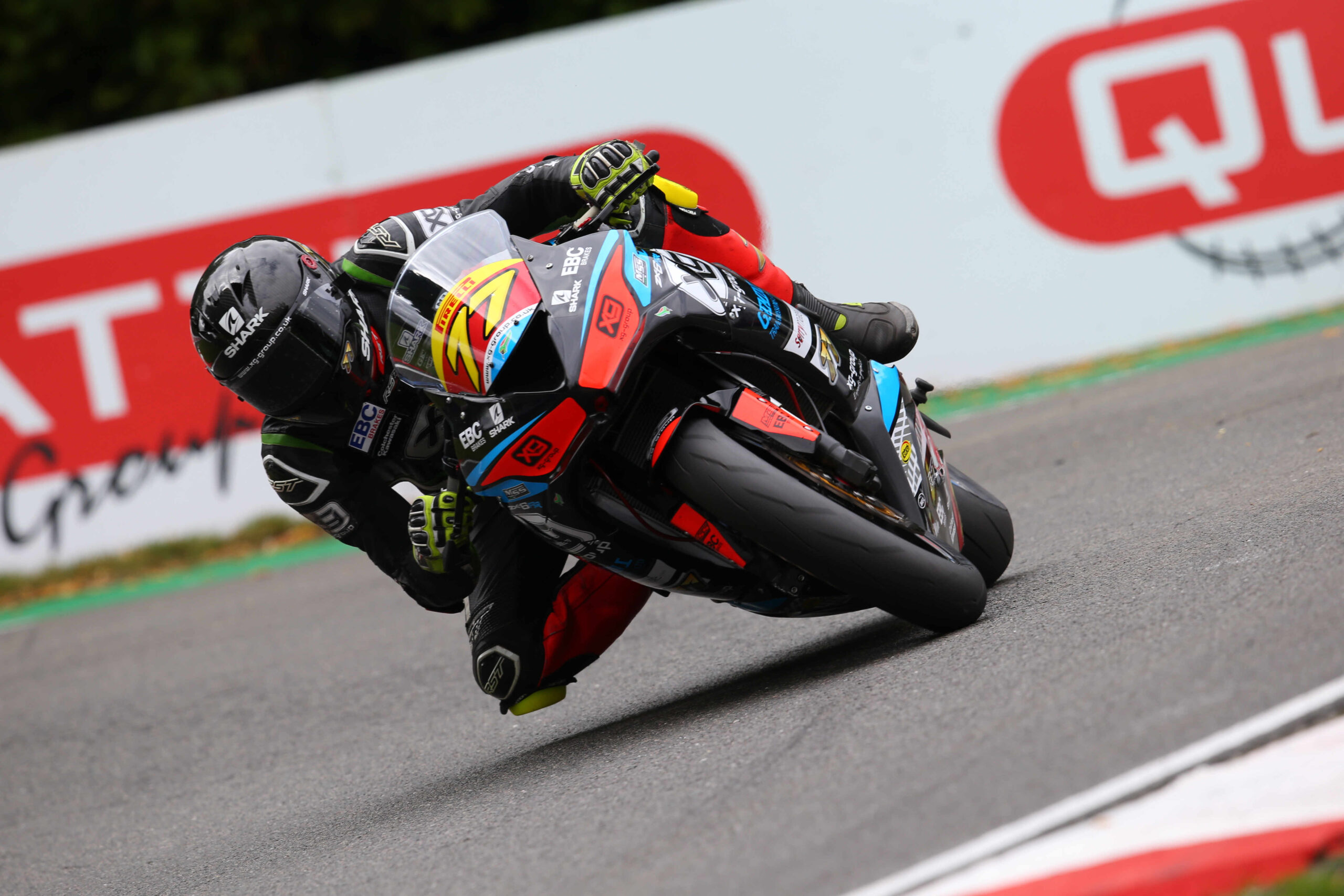